Australia has a rich history in sport on the world stage, and in many cases perform well above expectations based on its relatively small population.

The most popular national sport in Australia is Cricket, in which Australians are very successful at. There are two major football codes Rugby League played predominantly in New South Wales and Queensland, and Aussie Rules popular in Victoria, South Australia, Tasmania and Western Australia. Rugby Union and Association Football (known mostly as Soccer) is also played. The most popular female sport is Netball.

Australians also love water sports and has been a super power when it comes to swimming since the late 50's. Swimmers like Dawn Fraser, Shane Gould, Kieren Perkins and Ian Thorpe have all taken in multiple gold medals since the 1956 Melbourne Olympics. Australia has hosted the Olympics twice (1956 and 2000). 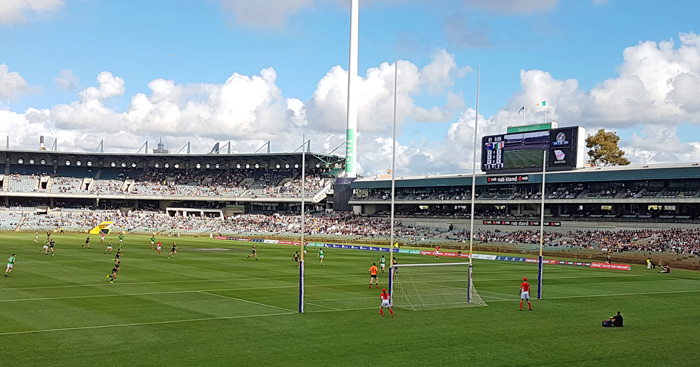 Australia's traditional (Aboriginal) games are unique in a way because they are not competitive in nature. They are more focused on cooperation and oneness because when a player is "out" of the game, they can simply rejoin the game. Games like Goomboobooddoo, a traditional wrestling game played by family against family. Another one is Buroinjin, played with a ball made from kangaroo skin and stuffed with grass and is very similar to basketball.

Past sporting events hosted in Australia

All about sport in Australia — popular sports, players, results, major events and facilities. All see details of sport in every country.