About Overhand and Underhand Grips

For fitness tests that require the participant to grasp a bar, there are several ways in which the bar may be held. The main method the bar can be grasped is either an overhand grip (palms facing away from the body) or underhand grip (palms facing towards the body). Some of the protocols specify which type of grip to use, but other times it is not. The way that the bar is held can make a difference to the fitness testing score, so you should be consistent, and make sure that the type of grip that is used is recorded along with the results.

doing a pull-up with an underhand grip

The underhand grip is when the bar is held with the palms facing towards the body. It can also be called the supernated grip. The thumbs may or may not be wrapped around the bar.

a soldier doing a pull-up with an overhand grip

The overhand grip is when the bar is held with the palms facing away from the body. It can also be called the pronated grip. The thumbs may or may not be wrapped around the bar. 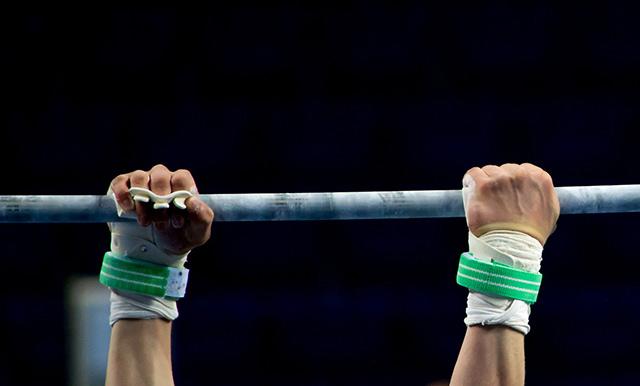 a gymnast holding the bar with a mixed grip

The mixed-grip is when the bar is held with one hand using the overhand grip, the other the underhand grip. This method is less common in fitness testing.

Some fitness tests in which grip is important

Fitness Exercises in which grip is important

About Chin-Ups and Pull-Ups