Wrestling at the Olympic Games

The organizers of the Olympics introduced Greco-Roman wrestling, a style they believed to be an exact carryover from the wrestling styles used in ancient times.

In 1904, the Olympic Games added the second wrestling event, called freestyle wrestling, to the Greco-Roman event, which allowed the wrestlers to use their legs for pushing, lifting and tripping, and they could also hold their opponents above or below the waist.

In 2013 wrestling was removed from the 'core' sports list, opening up a spot for a new sport to be included. Fortunately for wrestling, it made it back on the shortlist for inclusion, then was voted back in for 2020 and 2024! 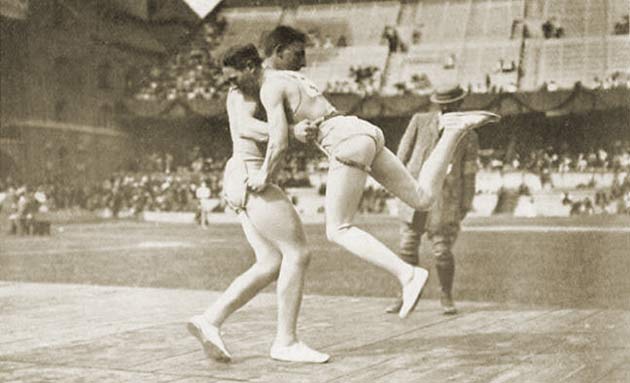 Glima Demonstration at the 1912 Olympic Games. from: THE OFFICIAL REPORT OF THE OLYMPIC GAMES OF STOCKHOLM 1912