South Africa at the World Cup

South Africa has participated in seven Rugby World Cups, every one since their first appearance in 1995. South Africa has also hosted the World Cup once, in 1995. They have won the tournament three times - they won the event on home soil in 1995 and won again in France 2007 and Japan in 2019. 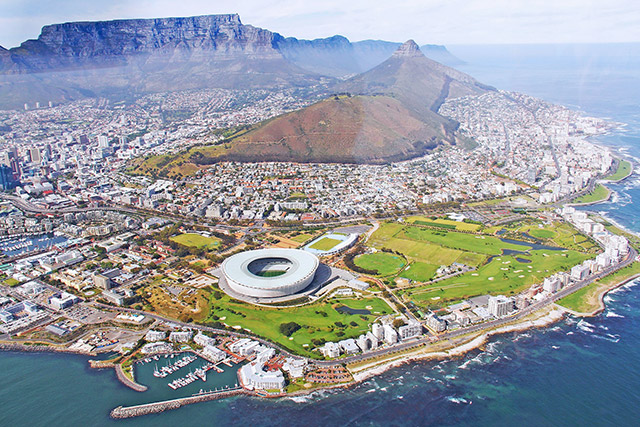 A rugby stadium features in the spectacular landscape of Cape Town