purpose: The test evaluates an individual's ability to change direction, designed to test the physical demands of soccer assistant referees.

pre-test: Explain the test procedures to the subject. Perform screening of health risks and obtain informed consent. Prepare forms and record basic information such as age, height, body weight, gender and test conditions. Measure and use cones to mark out the course. See more details of pre-test procedures.

test setup: start and turn lines are marked on the ground 10 meters apart, also a line 0.5m before the start, and 2 meters after the start line. A timing gate is set up at the start line, which will also record the finish time. 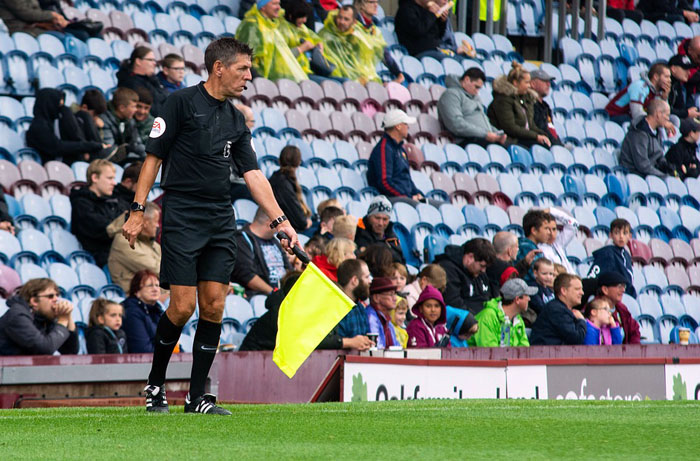 scoring: the time to complete the trial is recorded. The standard is a maximum 10 seconds per trial. If the standard is not reached, they may have another attempt.

target population: This test was developed specifically for assistant soccer referees, though it may be suitable for other referees and sports people requiring similar side running attributes.

The Test in Action