I created a more comprehensive list before whittling it down to our top 7 wonders. Do you agree with my selections? Let me know in the comments below. Following feedback from this list, we have also made a list of female sporting event wonders.

In no particular order, here they are ... the FIFA world cup is high on many people's list See the likes of Usain Bolt the crowds are a big part of the Tour de France

The Tour de France is the most demanding and prestigious cycling event in the world. It lasts for three weeks in July, held in 21 stages throughout the French countryside. It was first held in 1903, and since then it has only been interrupted due to the two World Wars. the hardest ticket to get, NFL Super Bowl

The Super Bowl is the annual championship game of the National Football League (NFL), held annually in February. It is one of the most watched annual sporting events. 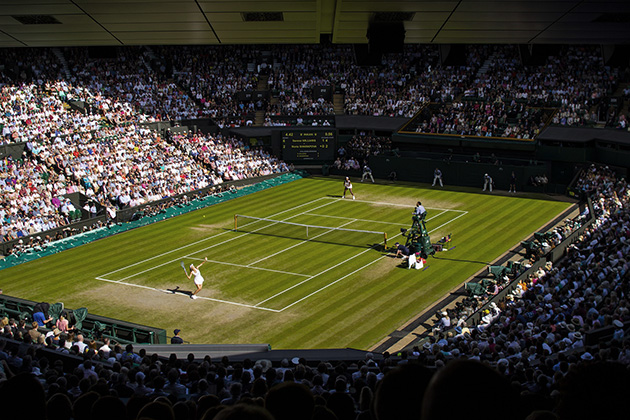 Wimbledon at the All England Lawn Tennis & Croquet Club is one of the four tennis tournaments that make up the grand slam. Wimbledon is considered to be the most prestigious, largely because of its setting and surrounding pomp. It's the only major tournament played on a natural turf surface. waiting for the cars in Monaco

The Monaco Grand Prix is the most popular of the international Formula 1 Grand Prix circuit. It is considered one of the most important and prestigious automobile races in the world, and one of the most spectacular as the race winds around a narrow course laid out in the streets of Monte Carlo. the 2010 World Series was played in Arlington

The World Series is the annual championship series of the US Major League Baseball (MLB), the winner determined after a best-of-seven playoff. It is is more than a sporting event; it's a fixture on the American cultural landscape. To get to the baseball's world series, each of the 32 teams in the major leagues must endure a 162-game season, followed by three playoff rounds.