This test forms part of the new Army Combat Fitness Test (ACFT). It is a measure of the maximum number of pushups completed in two minutes. This test differs from the standard push-up as the soldier must take the weight off their hands when in the lowest position. This test replaces the APFT 2-min push-up test in 2020.

purpose: this test measures the strength endurance of the chest, shoulder, and triceps muscles. 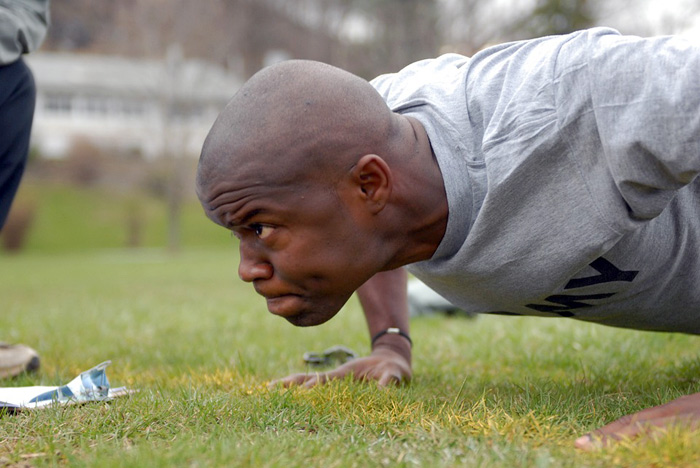 the push-up test remains in the army testing protocol

scoring: The maximum number of correctly performed push-ups in two minutes is recorded. The scoring depends on the sex and age of the participant. See ACFT for more information about scoring.

comments: For the push-up to be counted, the body must remain rigid in a generally straight line, and move as a unit while performing each rep, and the technique as described must be adhered to.

notes: the original version of this test was called the T-Pushup, and required the soldier to move the arms out when in the down position to make a 'T' position of the body, rather than just lift the hands off the ground.