Who is the All-Time Greatest Golfer?

Great golf players come and go. Tiger Woods is a standout player, but how does he compare to the greats of the past? As the great golfers of history never played head-to-head, under the same conditions, the greatest golfer ever is a difficult question to answer. Cast your vote on who you think is the greatest male golfer ever? Read below for a discussion on this question and some players who may fit this description.

In order to decide on the greatest golfers, we need to define what is meant by 'greatest'. Is it the player who has won the most titles, topped the rankings, or won the most prize money? Or is it the best all-round player - who has won consistently under a range of conditions, courses and under the most pressure?

A somewhat similar poll to determine the Greatest Golf Athlete of All Time was conducted on the ESPN Sport Science website in 2012 - the difference here was that they were looking for the greatest athlete, not player, from the sport of golf.

Based on wins in the Major championships, the greatest golfer ever may be Jack Nicklaus, who won 18 Majors, including the Masters six times in his career (see Major winners list). Tiger Woods currently has 15 Major wins, and may win some more. Winning all four Majors is considered a grand slam. Only five golfers have won all four Majors at any time during their career (a Career Grand Slam). These are Gene Sarazen, Ben Hogan, Gary Player, Jack Nicklaus, and Tiger Woods. Not only have they done it once, Woods and Nicklaus have won each of the four Majors three times. 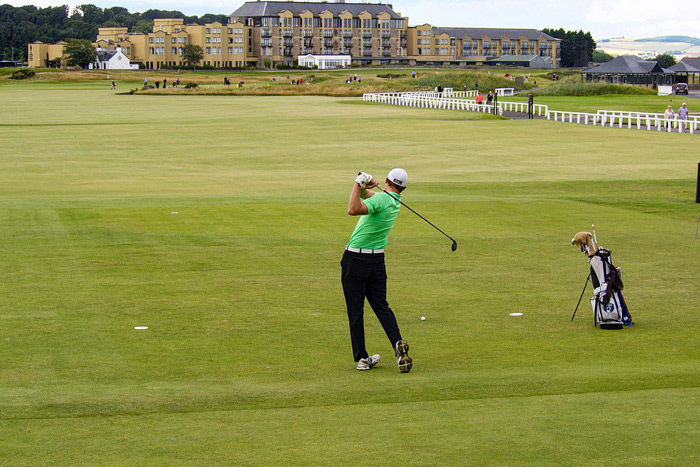 The golfer who has won the most prize money is without doubt Tiger Woods. His total earnings has put him on top of the World's Highest Paid Athletes lists eleven times. Other golfers to appear at some time on this list (which has been running since 1990) are Phil Mickelson, Jack Nicklaus, Arnold Palmer and Greg Norman. Golfers from before this period cannot be compared, and recently golf earnings have skyrocketed anyway.

Here is a list of some of the top golfers that have ever played. 15 of these are on the list for you to vote for who you think is the greatest male golfer ever.

We are compiling a list of the greatest female players from the sport of golf, which will then be voted on and the winner placed on the shortlist of the all time greatest athlete ever (all sports). The first stage is to get nominations before the vote is started. See the current list below of top athletes, compiled using other published lists and visitor feedback. If you believe that there is someone missing from this list, please place a comment below, including any relevant details about the person. The players below are listed in no particular order - once the shortlist is complete then you will be able to vote for who you think is the greatest of all. This list is not necessarily complete - if you know of a player who should be listed here, let us know.