Below are details of sports, sporting events and sports people related to Serbia, when competing as that nation. For much of modern sporting history, Serbia has been part of other nations. Serbia has existed until the early 1900s when the Kingdom of Yugoslavia was created. In 1991 Yugoslavia slit up and the independent countries of Slovenia, Croatia, Bosnia and Herzegovina, Macedonia, and Serbia-Montenegro were formed. Serbia declared independence from Montenegro in 2006, and again Serbia competed on the world stage under that name.

Just like many other countries, Serbian national sport is "Football" or as it's called in the US "Soccer". Sport in Serbia revolves mostly around team sports. Among the most popular sports in Serbia are football, basketball, water polo, volleyball, handball and tennis. The two main football clubs in Serbia are Red Star Belgrade and FK Partizan, both from capital Belgrade. 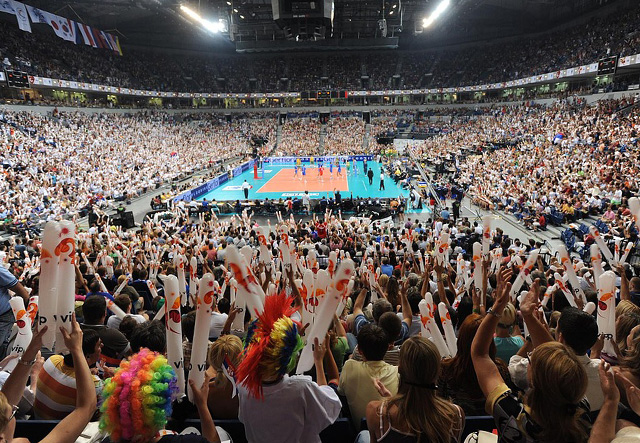 Serbia was host of Euro Basket 2005. FIBA considers Serbia national basketball team the direct descendant of the famous Yugoslavia national basketball team. KK Partizanwas the European champion in 1992 with curiosity of winning the title, although playing all but one of the games (crucial quarter-final game vs. Knorr) on foreign grounds; FIBA decided not to allow teams from Former Yugoslavia play their home games at their home venues, because of open hostilities in the region.

Past sporting events hosted in Serbia