Shooting was a popular pastime in the early 1900s, and there have been quite a few different shooting sports incorporated into the Olympic program. Here are a few of the more interesting ones. 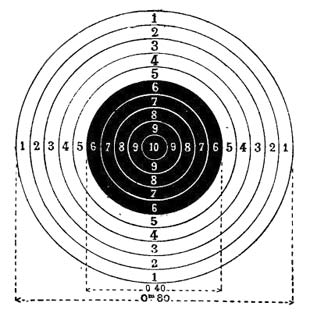 cardboard shooting target design
from: The Official Report of the 1900 Olympic Games

Live Pigeon Shooting was an unofficial sport at the 1900 Olympic Games. It was the only time animals were killed as part of the Olympic Games.