Footvolley Demonstration at the 2016 Rio Olympics

Footvolley has been described as a mix of beach volleyball and football (soccer). Beach volleyball was a demonstration sport, in 1992, then an official sport in 1996. Will the same be said for footvolley, Brazil's most popular beach sport? There was a demonstration of footvolley in Rio in 2016, and supporters of the sport are hoping that showcasing it to the visitors to Rio will help propel the sport to one day also be part of the Olympic Games. 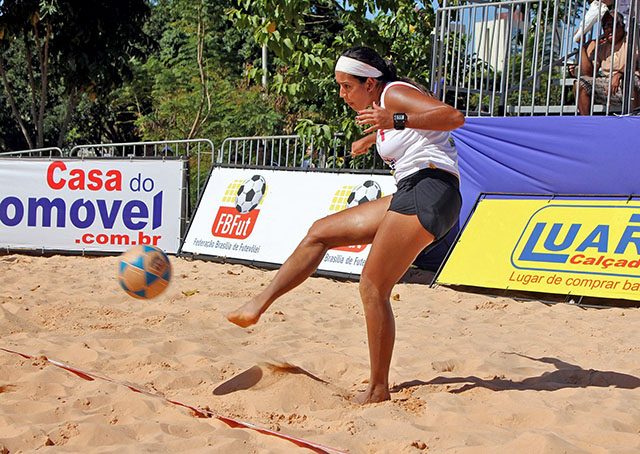 There were games for men, women and under 20s. Matches were due to be played at the main Beach Volleyball arena on Copacabana Beach. However, due to weather conditions, it was moved to the Army Physical Training Center (CCFEx) in the Fortaleza de São João.

Esteban Davalos and Fernando Lugo from Paraguay won the men's tournament, beating the Brazilians Anderson Águia and Tatá. The team from Brazil, Josy and Thaissa, won the women's comp, beating the Netherlands. In the U/20 division, Bruninho and Felipe, both just 16 years old, won the gold medal match against Tavinho and Dário.

Even Usain Bolt is a supporter of the sport. While on a promotional tour on Copacabana Beach in Rio he took the opportunity to try footvolley, and apparently he didn't do too badly (of course he did).