The major event in the world of sport for 1900 was the second Olympic Games, held in Paris, France from May to October. There were over 1000 athletes from 26 nations who participated in the event. However, no gold medals were given out, silver was given to the first placegetter.  France won the most medals. The Games were overshadowed by, and incorporated into, the Paris Exposition. Some of the participants did not even realize they were participating as part of the Olympics Significantly, women took part in the modern Olympics for the first time.

Mme. Brohy and Mlle. Ohnier of France were the first sports women that compete in the games in Croquet. Charlotte Cooper of Great Britain is the first female champion for the Tennis Competition. Raw Ewry continued his very successful Olympic career. He won three titles from standing long jump, standing high jump and standing triple jump. 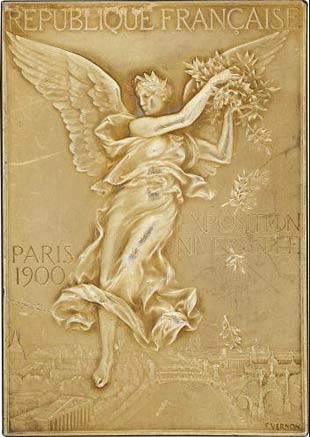 In lawn tennis, the Davis Cup competition was established in 1900, though it was originally called the International Lawn Tennis Challenge.

Below is a timeline of some significant results in the world of sport for the year 1900.