10 Most Popular Sports in America

The first European settlers in the 17th century introduced modern sports the USA. These sports were tweaked and finally developed into their current form like baseball, basketball, and American football. The sports listed below are the most popular sports in America for the vast majority of people. Of course, Americans are also active in many other disciplines, but these games still occupy a very special place in the American sports landscape.

What are the 10 most popular sports in America? Can you guess? Scroll to the number one spot and match your answer. Also, If you are an avid sports fan and a student at the same time, it would be useful to consider using the writing essay help and a professional writing team will ensure that your writing is done and will save you time. These sports can also be considered as the most-watched sports in America.

We have divided this list into two categories: Team Sports and Individual Sports. Let’s start with the team sports ranking.

Hockey is a team sport, with five field players and one goalkeeper. It is played on a 60 m long and 30 m wide ice field. Ice hockey originated in Canada from 1840 to 1875, where British soldier Scots Shinty played it on snow and ice. The term hockey comes from French, meaning approximately “crooked stick”.

The World Association has 64 member associations presently. The best hockey league in the world is considered the North American National Hockey League (NHL). The focus of North American ice hockey is Canada, where the sport is a national sport, and the northern areas of the United States. Out of the 30 teams in NHL, seven are based in Canada. In the USA Hockey is only behind baseball because of its regional strength. In 2010, ice hockey was the most discussed Olympic sport online.

Until a few years ago football was only a regional phenomenon, limited to a few centers in New Jersey, St. Louis, and Southern California. In the areas with many Hispanic immigrants, football was the most popular sport and still is, especially since most immigrants come from countries with high enthusiasm for football. In the last ten years, the image of soccer in the United States has changed dramatically.

In particular, the introduction of youth programs and the professional league Major League Soccer (MLS) helped the sport to higher popularity. The success of the national team contributed to the rest. Three Canadian teams Montreal, Toronto, and Vancouver also play in the MLS.

Baseball is a team sport which originated in the USA. The aim of the game is to score more points (runs) than the opponent. A game ends after nine rounds (innings). Baseball is the most traditional American sport. Baseball is now played in many other countries, particularly in Japan, South Korea, the Caribbean, Germany, Austria, and Switzerland.

Baseball is not only the national pastime in the United States but also in many Central American and South American countries such as Mexico, Cuba, the Dominican Republic, Venezuela, Puerto Rico, the Philippines, and Taiwan.

In Europe, there was a remarkable development in the past 20 years. Professional leagues are played in Italy since 1948 and the Netherlands since 1922.

Basketball is the second most favorite sport in America with almost 39.1 million Television viewership. Basketball was founded in 1891 by the Canadian coach James Naismith. Today the sport of basketball, especially in the USA, China, and Southern Europe enjoy high popularity. Every four years, a basketball world championship is held by the International Basketball Federation (FIBA). 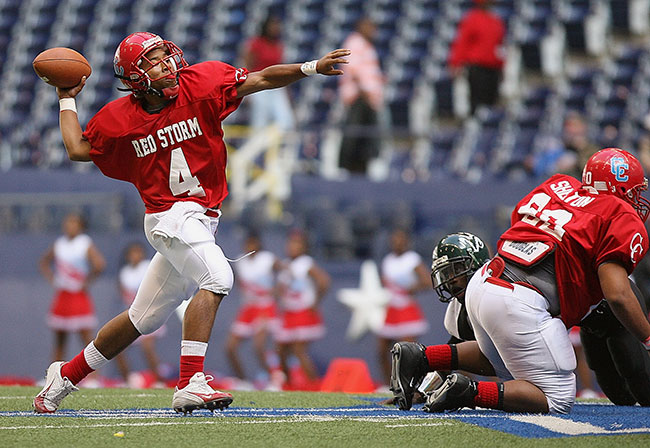 American Football is the most popular variant of a series of Gridiron football-designated sports. American football is closely related to Canadian football, as both sports are descended from rugby, however, there are significant differences. The Rutgers University and Princeton University played the very first game on November 6, 1869. Virtually every high school and every college have their team.

The national governing body of Olympic skiing and snowboarding in the U.S. Ski and Snowboard Association (USSA). The USSA was established in 1905.

America has produced many skiers such as Lindsay Vonn who won the world championship four times.

Wrestling is a popular exhibition sport in Japan, the USA, and Mexico. Wrestling in the USA is organized under WWE. Ric Flair, Hulk Hogan, Bret Hart, Sting, The Undertaker, Stone Cold Steve Austin, The Rock, Kurt Angle, and Triple Hare are among the most popular wrestlers in the U.S.

The 3rd most popular individual sport in the USA is Golf. Tiger Woods is the most popular contemporary Golf figure in the United States. Golf is also very popular around in the world. The United States Golf Association (USGA) was born on the 22nd of December 1894. The USGA is working together with the Royal and Ancient Golf Club of St Andrews, constantly on the Rules of Golf, hosts 13 national tournaments annually, controls golf courses, and supports initiatives and programs around golf in the United States.

Tennis is a racket sport that is played on a rectangular court bounded by lines and divided by a net. Tennis is competed between two players (singles) or between two pairs (doubles).

Motorsports are very popular in the United States. Americans generally ignore major international series, such as Formula One and MotoGP, and prefer home-grown racing series.

The biggest motorsport organization in the USA is NASCAR (The National Association for Stock Car Auto Racing), which organizes car races. NASCAR was the second most-watched sport on television in America (after Football).