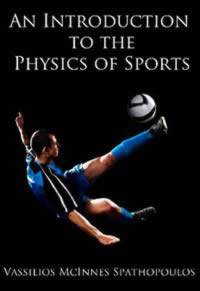 An excerpt from the book: "An Introduction to the Physics of Sports" by Dr Vassilios M Spathopoulos.

The following forces act on a swimmer: In the horizontal direction we have the thrust provided by the arms and legs and the water drag opposing the motion, and vertically, the weight and a force of opposite direction, which in hydrodynamics is called the buoyant force.

The buoyant force is the force that allows us to float in the water. It is created due to the difference in the pressure exerted by the water at different depths. We are all aware of this if we dive under water, as our ears feel the effect. The overall result is for the body to be pushed to the surface. The value of the buoyant force depends on the density of the fluid in which the body is submerged. This revelation was enough to make the ancient Greek, Archimedes, leave his bath exclaiming the famous “Eureka”. We realize this from the fact that it is easier to float in the sea than in a lake.

The athlete produces forward thrust by use of his/her arms and legs. The exact mechanism for thrust generation depends on the swimming style (e.g. breaststroke, backstroke, etc) and the technique of the athlete. Broadly speaking, it is yet another application of the action-reaction law. The swimmer pushes the water backwards and the water exerts a force in the forward direction.

The water resistance, i.e. drag, is generated mainly due to the collision of the water molecules with the athlete and to the friction between the water and the surface of the body. In swimming, a third form of drag is created due to the waves generated by the motion of the athlete, wave drag. The appearance of waves will obstruct the efforts of the athlete. In open water events this form of drag is greater than in swimming pools that are designed so as to minimize the effect.

Dr Vassilios McInnes Spathopoulos has a PhD in Aerospace and Electronic Engineering from the University of Glasgow (UK). He has also completed a MSc course in Flight Dynamics at Cranfield University (UK). He currently teaches at the Department of Aircraft Technology, at the Technological Education Institute (TEI) of Chalkis, Greece. See more