The first Olympic Games were held in Athen, Greece, in 1896. The first modern Games were hardly an international competition. Only 13 nations took part (or was it 14? see quiz answer), represented by about 245 men, competing in 43 events.

Host country Greece won the most medals (47). See the full medal table for 1896. 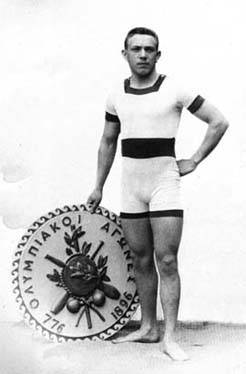