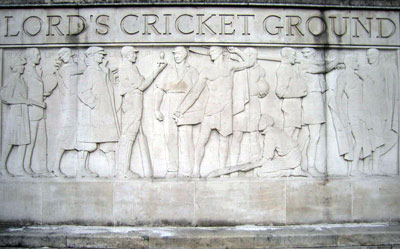 The Lords Cricket Ground is the home of the Marylebone Cricket Club (MCC) and home ground to Middlesex County Cricket Club. It is located in St John's Wood in the north west of London.