US athletes have won the Olympic 100m more times than any other country, 17 out of the 28 times that it has been run. In addition to Archie Hahn winning in 1906 for the second time, there has been only one other athlete who has backed up and won the event more than once, US sprinter Carl Lewis in 1984 and 1988.

Below is the timeline of the 100m winners, with some videos, images and stories that have made this event so interesting. 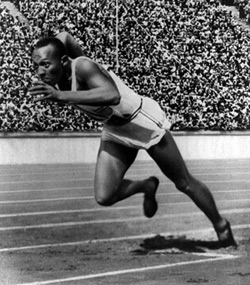