Korfball is a ball sport that is similar to netball and basketball, developed in The Netherlands in the early 1900’s. It was invented by a school teacher named Nico Broekhuysen. Both men and women can play the sport; it has a league for mixed-genders, and an all-women league, but no league for men.

Two teams play korfball each with eight players; it can either have an all-female team or mixed with four females and four males. The sport was designed for and is based on full collaboration between the two sexes. While four men and four women team up on each side, only players of the same sex oppose each other directly on the field of play. 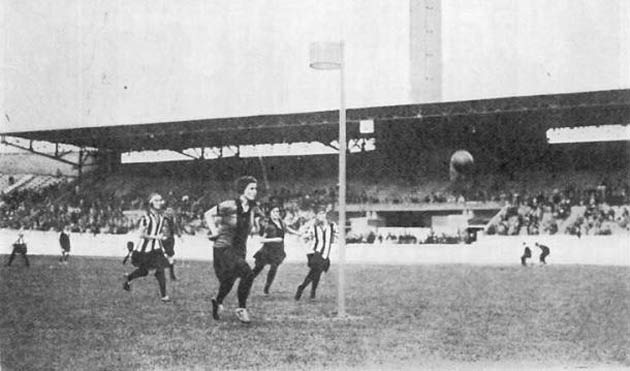 action shot from the Korfball Demonstration
from: The Official Report of the Olympic Games 1928

One korfball match consists of two 30-minute periods. The goal of the game is to throw a ball through a bottomless basket, the "korf "(Dutch for basket). Korfball is either played indoors or outdoors. It is played indoors during winter and outdoors during spring or summer. The size of the court is 20 x 40 meters; the outdoor court is 30 by 60 meters.

Korfball is now gaining popularity in Belgium and in Taiwan.