Hurdle Events at the Olympics

The 110m for men, 100m for women, and 400m for both men and women are the three codes of hurdle races conducted as part of the track and field events during the Olympics. The 110m men's race was part of the games since the first Olympics in 1896. The women's sprint hurdle race was added to the Olympics in 1932. At first the race was over 80m hurdles, and later changed to the current 100m format from 1972. There was also a 200m hurdle race in 1900 and 1904.

For the men's 110m event, Liu Xiang of China holds the Olympic record at 12.91 seconds set during the 2004 Athens Olympics. For the 100m women's event, 12.35 seconds is the current Olympic record set by Sally Pearson of Australia in 2012 London Games. 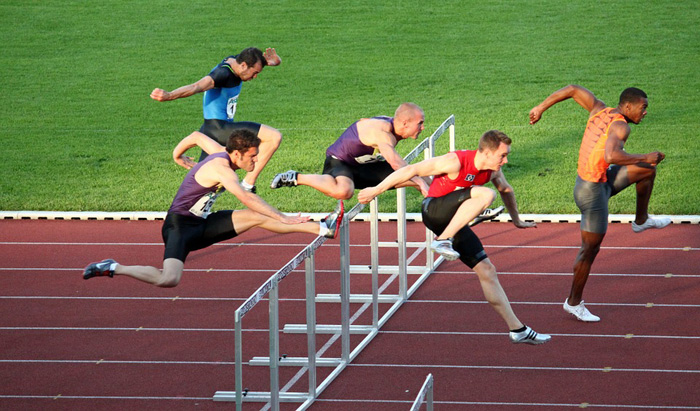 Glenn Davis, Angelo Taylor, and Edwin Moses, all three from the United States have won the gold medal twice.