Archery at the Olympics

Archery first appeared at the 1900 Olympics in Paris. There were archery events for the next few Olympics, but then it disappeared from the Olympic program for more than 50 years. It reappeared at Munich in 1972 and has remained a fixture of the Olympics ever since. Early archery competitions varied in format. Since 1988, there have been men's and women's individual and team events. The current Olympic archery competition consists of four medal events: men's individual, women's individual, men's team, and women's team. In all four events, the distance from the archer to the target is 70 meters. 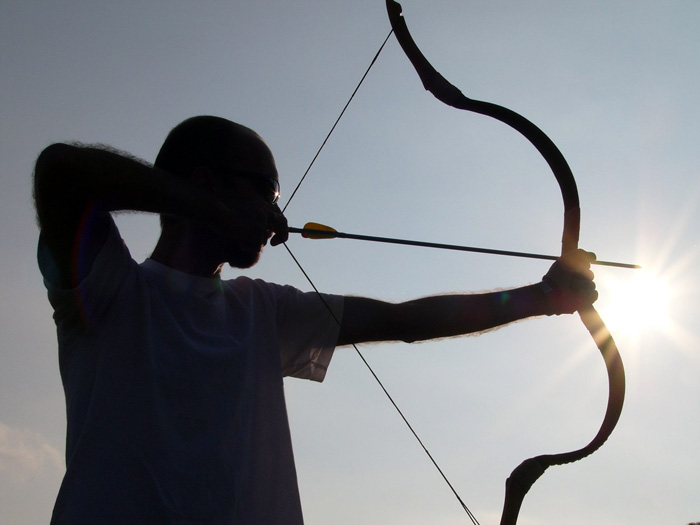