Softball - a past sport at the Olympics

Softball, a modified version of baseball played mostly by women athletes, was contested as a part of the Summer Olympics four times between 1996 to 2008 and was discontinued from the Olympic program after that (along with Baseball). Softball (jointly with baseball) will be temporarily back on the program for 2020, though it has not been included on the 2024 program.

Eight teams contested in the Olympic softball tournament, of which the hosting nation was given an automatic entry. The remaining teams were selected based on a qualifying criteria. Among the eight teams, four were selected after round robin matches, to compete in the medal matches.

In the four times softball was contested in the Olympics, the United States was the most dominant nation winning the gold medal three straight times in 1996, 2000 and 2004. The United States finished the 2008 games with a silver medal. 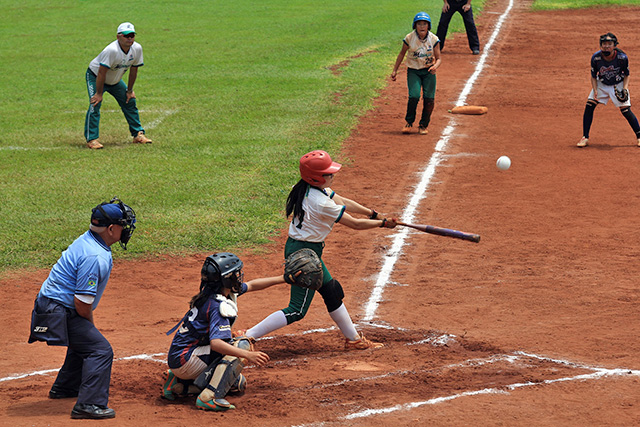 Japan is the only other nation besides the United States to have won the gold medal in Olympic softball by defeating the United States in the finals. Japan's win in 2008 came after a bronze and silver medal finishes in the 2004 and 2000 games.

Australia is the only other team besides the United States that had a podium finish in all of the four Olympics. They ended up with a bronze on three different occasions and a silver medal in 2004.