He started training boxing at 12 years and by 22, he had won the World Heavyweight Championship from Sonny Liston in 1964, the youngest boxer ever to take the title from a reigning heavyweight champion. He stands at 6’3” and had an unusual style for a heavy weight boxer. He was known to have a boxing style of trying to avoid a punch instead of carrying the hands high to defend the face Clay joined the Nation of Islam and changed his name in 1964.

Cassius Marcellus Clay, Jr. had over 61 fights, a total of 56 wins with 37 wins by knockout. He only lost five times during his entire boxing career. He is one of the most recognized sports figures in the entire world, known as “Sportsman of the Century” by Sports Illustrated and “Sports Personality of the Century” by the BBC. After winning his first Olympic, he was proclaimed as an American hero and it was in the 1960s when he seemed unstoppable, winning everything and mostly by knockouts.

Muhammad Ali was known for his footwork and for possessing a powerful jab. When he told the entire world that he was The Greatest, everybody believed him because he proved it and dominated the sport for many years, winning against long-time and title-holding boxers. 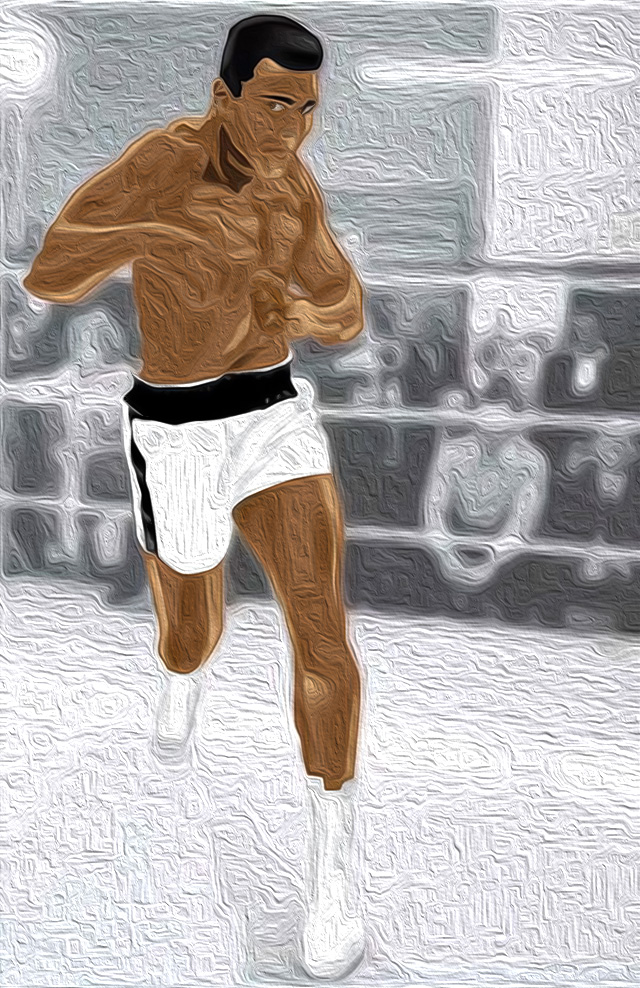 Do you agree with Muhammad Ali being a legend of boxing?