Tug-of-War at the Olympics

The tug of war event was held at the Olympics from 1900 to 1920. Tug-of-war was always contested as a part of the track & field athletics program, although it is now considered a separate sport. This may seem like an unusual Olympic sport, but in fact it was part of the Ancient Olympics, first being held in in 500BC.

In the modern Olympics, the tug-of-war contest was between two teams of eight. One team had to pull the other six feet along in order to win. If after five minutes no team had done this, the team which had pulled the greatest distance was declared the winner. 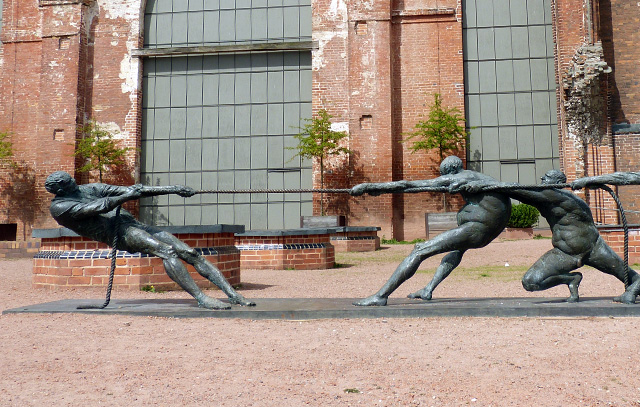