The World's Most Played Sports

Most Participants / Most Played

When discussing popular sports around the world, the sports most played is often considered, not just what people like to watch (there is a difference). One list compared the number of participants in sport using data provided by each of the International Sports Federations. It sounds like a valid method, however the numbers provided did not seem reliable, with Volleyball and Table Tennis coming out on top of Soccer. There can be good arguments for Table Tennis being ranked high in terms of participation, as it is very popular in China and many other Asian countries. As yet there does not seem to be an accurate list of the most played sports around the world. 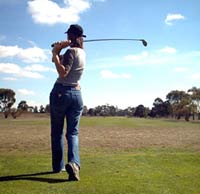 There may be a difference between sports played in organized competition and recreationally. Any visitor to South America will see the thousands of kids playing soccer every day in the streets, a scene that is repeated in many other places around the world. A popular sport that is not usually found on top sports lists is running or track and field. Track and Field (athletics) is one of the highest participation sports in the world, and as many people just run for fitness they do not all participate in organized sporting contests. What about fishing? Although many people participate in fishing around the world, it is dubious whether fishing can be considered a sport for all of these. Although there are some fishing competitions most people participate in fishing for food or recreation.