The Australian Open is held in Melbourne Australia, in January each year. This is at the peak of the Australian summer. Although Melbourne is known for its cooler climate compared to Sydney, and other cities to the north, at summertime extreme conditions are not unknown.

For many years the Australian Open has had a heat policy which has given it guidelines about under what conditions to stop matches that are being played in the summer sun.

The heat rule was first invoked during the quarterfinal round in 1997. In 2006, Australian Open officials enforced the policy on five days of the tournament. In 2014 several days over 40 degrees caused heat stress for many players.

The Australian Open tournament has for some time had an Extreme Heat Policy, though the details have changed over time. For the 2015 tournament, new guidelines were implemented, with the tournament referee taking into account the forecast once the ambient temperature exceeds 40 degrees Celsius, and the Wet -Bulb Globe Temperature (a composite temperature used to estimate the effect of temperature, humidity, and solar radiation on humans) reading exceeds 32.5. Another major change from the previous heat policy was that matches that were in progress would continue until the end of an even number of games in that set or completion of the tie break.

In 2019 there were further changes to the Australian Open Extreme Heat Policy (EHP). The tournament removed its Wet-Bulb Globe Temperature measure and introduced a new and simpler to understand heat stress scale called the AO Heat Stress Scale (AO HSS), to determine whether conditions are safe enough for play. The new heat stress scale factors in air temperature, humidity, radiant heat and wind speed, giving a reading from 1 to 5, with specific recommendations associated with each step of the scale.

At a reading of 3, players are encouraged to increase hydration and apply a number of cooling strategies. A heat stress scale reading of 4 means the tournament referee has the discretion to offer extended breaks between sets, while at a rating of 5, play would be suspended. 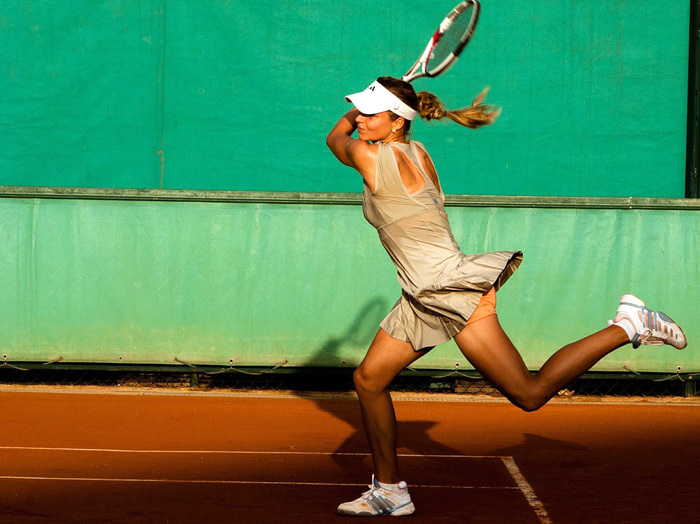